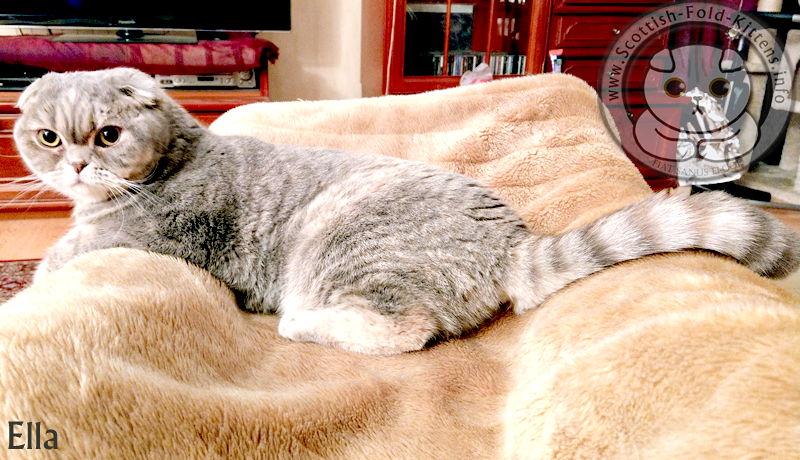 The new sfk.info website has already attracted online criticism from another website which is the dominant authority for information about Scottish Folds here in Germany.

If you don’t speak German, you have probably never heard of the website “Katzengenetik” (or “cat genetics“) .com. But, as some of you already know, I live in Berlin, Germany – even though I’m American and originally from Texas. If you live here in Germany and have a Scottish Fold cat, you will definitely have encountered this website. If you google “Scottish Fold” in this country, the anti-Fold website appears in 8th place out of 28 million results, right after their article in Wikipedia. For a lot of searches, such as “Scottish Fold OCD,” pages of the website take first and second place out of over 500,000 results.

The website’s author Ms. Birgitta Kuhlmay used to be a judge at cat shows, but is now against all breeding, saying that it takes us away from what nature intended (the original German quote from the landing page of katzengenetik.com: “Zucht heisst immer: weg von der Natur”), but she is best known for being a staunch opponent of the Scottish Fold breed. Her goal is to have these cats banned on the grounds of inhumane breeding (the German word for this is “Qualzucht”) – and she is getting closer to reaching this goal over time. In June of 2019, the country’s most popular website for advertising pets stopped allowing people to sell Scottish Fold cats and cited this reason – although breeding Scottish Folds is not currently illegal in Germany. Just last year (2019) the breed was banned in Austria, the city of Brussels and in Scotland, the birthplace of the Scottish Fold, when Susie was discovered there in 1961. View source

In the 10 years that the website has been online, Ms. Kuhlmey has managed to convince a large number of people that breeding Scottish Fold cats is inhumane. She does not differentiate how they are bred – whether it’s by a breeder in an association who tests their animals, by a Backyard Breeder or in kitten mills. In her opinion, how Scottish Fold cats are bred is irrelevant. Ms. Kuhlmey rejects all scientific evidence which states that homozygous cats from a Fold to Fold mating are more likely to suffer from OCD earlier in life and more severely than heterozygous Folds, who were bred as is recommended by all cat associations since the 1970’s, from a Fold to Straight mating.

And for this reason, I felt that it was necessary to respond to Ms. Kuhlmey’s recent criticism of my website – because I consider this to be misinformation that will lead to the suffering of more animals, if people believe it doesn’t make a difference where their Scottish Fold kitten comes from and how it was bred.

I advocate finding a responsible breeder who is both a member of a reputable association and recommended in a large Facebook group. They should test their breeding cats, share copies of their testing results with you and practice selective breeding. I published The Checklist to serve as a guide for people on the lookout for a good breeder. If you have a Fold suffering from OCD at home, please join this website’s partner group for support: Scottish Fold Info Community

Here, I will share Ms. Kuhlymey’s comments about my website with you, which I have translated from German below in the version that was on her website on 17 January 2020. You can find the German original in the screenshot and the original source appears at the end of the translated text:

“Update of 10 January 2020 – With regard to missing statistics:
In December 2019 the owner of two folded-ear cats, Barbara Petkus-Lynne, released the following statistics:

A poll in three Facebook groups has shown that out of 349 folded-ear cats, 117 folded-ear cats showed clear symptoms of OCD (in addition to the ears). This means that 34% of the folded-ear cats from this survey are sick. In other words, of a litter with five folded-ear kittens, two of them will show clear signs of disease later in life. [Translator’s correction: 34% would be two in six kittens.]

Unfortunately, not a single one of the Scottish Fold cats included in the statistics above, has submitted a gene test for OCD. This means that it is unknown for any of the animals whether they possibly have two genes for folded ears, whether they are perhaps homozygous.
“Homozygous or heterozygous” – this is probably one of the most important topics – here with regard to the quality of statistics of this kind.
It is not so much a matter of whether a folded eared cat has a genealogical tree (tree of lies), but rather we should know whether the cat has one or two genes for folded ears. Nobody gets sick from a genealogical tree – but probably from their genes.
If the group “Folds with pedigree papers” has fewer sick animals percentage-wise, it is probably because there are fewer homozygous animals in the group “Folds with pedigree papers” than in the group “Folds without pedigree papers.” Therefore, such statistics without DNA tests have little quality.
Do homozygous Folds become ill more severely and at an earlier age than heterozygous ones?
Now THAT would be important to know.

Unfortunately, Ms. Petkus-Lynne does not want to achieve a ban on breeding folded-ears cats – despite the large number of sick animals. On the contrary: She advises buying them from a breeder. Breeders have been trying in vain to eliminate the “side effects” of the fold gene for about 100 years now. It is incomprehensible that such an intelligent woman does not want to accept that an incurable disease can be inherited with only one Fold gene. On top of that, Ms. Petkus-Lynne also promotes cruelty to animals through breeding.
Nevertheless her website is worth reading.
Source (English page): http://scottish-fold-kittens.info/poll-results/

If you want to read the article, you should do it soon. Because Ms. Petkus-Lynne is threatening to shut down her website if not enough donations are collected.
Source (English page): http://scottish-fold-kittens.info/donations/

Don’t worry:
You can still read my not profit-oriented, ad-free website “katzengenetik.com” (“cat genetics” .com) on the Internet (in the swamp of plagiarism) for free.”

I look forward to hearing your reaction to Ms. Kuhlmey’s post. 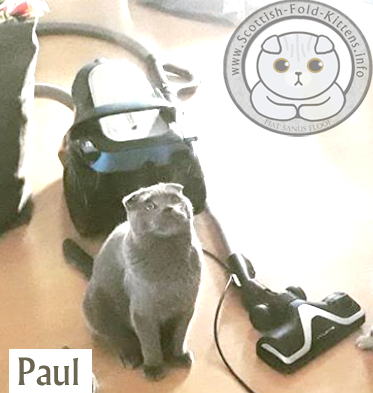 1 thought on “Response to Online Criticism”