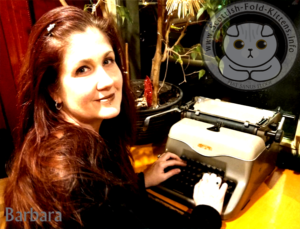 Would you like to know more about who started this website and why? Well, here you go!

About me, my cats and my motivation for making this website:

Hi, I’m Barbara – originally from Texas but I moved to Berlin, Germany over 20 years ago in July 1999. I grew up with dogs – two Shelties, Muffin and Daisy. When I was younger, I was very allergic to cats and never thought I’d be able to have one – let alone three, like I do now. Lilli and Ella are Scottish Folds and Sophie (a.k.a. Puffle), a rescue, is a British Short Hair mix who joined us in February of 2019.

You can visit their page and see more pictures of them here: https://www.facebook.com/lillinella/

Fortunately a good friend of mine insisted I look after her talkative Bengal cat MauMau (rhymes with “now now”) several years ago while she was away for a week. She convinced me that no one had ever reacted to her cat and I had to admit, I never sneezed while I was over at her place. So I gave it a try. And although I was completely unaware of it at the time, a seed had been planted. But I still hoped to get a dog one day. Living in an apartment in Berlin presented a few major obstacles, however: if the dog were to bark and disturb the neighbors, I might either have to get rid of it again or face getting evicted. 😞

So it went around in circles for years: looking at dogs in the local ads online, deciding I couldn’t take the risk and so not getting one. But then I still wished to have a furry friend to love, so after a few months I was back to looking again.

But then, one day in the Winter of 2015, I decided to just have a look at the cats in the online ads for a change. And that’s when I saw this face:

I didn’t even realize that Lilli was a Scottish Fold. Her ad said she was a British Short Hair. And only when I went to meet her, did I learn she had been bred twice and almost died while giving birth to her second litter, so she was spayed during an emergency operation to save her life (the 4th kitten had gotten stuck for 24 hours and sadly didn’t survive). She had already had trouble giving birth to her first litter because she was quite small. So I had to wonder why her family decided to breed her a second time. This was my first encounter with Backyard Breeders or BYBs – seemingly normal families who decide to make a little money off their pet, even if it means risking their life.

Lilli’s family felt they could only afford one cat and they let their kids choose which one. So they ended up keeping one of Lilli’s kittens – a female – and Lilli had to go. I have a sinking suspicion that they didn’t learn a thing from what happened with Lilli and continue to breed this very tricky breed to this day, though they’ve never done any testing.

Unfortunately, none of my cats are from responsible breeders. I got Ella as a kitten from another family a year later for $500 and only found out about how important it is to find a good breeder, especially where Scottish Folds are concerned, after her hereditary issues came to light at the age of one. I thought it was enough to know that she was not a product of a Fold to Fold breeding, but it turns out it isn’t. In the past two years and over $3,500 in vet bills later, I have learned a lot about the misery that irresponsible breeding causes and I would NEVER get a cat from a backyard breeder again – not even if they were giving them away for free.

And I hope that others will learn from my mistakes. My own cat Ella has health issues that she was born with, affecting basically all of her joints and which can never be cured. Read more. And, sadly, I know of dozens of other Scottish Fold cats that are in pain every day because the people breeding them did not know what they were doing. I sincerely believe that we can greatly reduce the suffering of Scottish Fold cats if all breeders would perform all of the recommended testing on a regular basis (for the fold gene, OCD, HCM, PKD etc.) on their breeding cats and not use any cat in their breeding program who does not pass all of the tests, in other words by practicing selective breeding.

That is just asking for trouble and is a form of animal cruelty, since the kittens will most likely develop painful arthritis throughout their bodies when they get little older (usually between 6 – 18 months).

There are other things to consider, too, such as brachycephalie (flat noses) to the point that it is difficult for an animal to eat or breathe. I would also like to see this condition eliminated in any type of breeding program, whether for dogs or cats.

When a characteristic gets in the way of an animal’s ability to lead a normal life, it’s not cute, it’s cruelty.

Some will say that this is very rich coming from someone who is an appreciator of Scottish Fold cats, but as of this point in time (December 2019), I believe that the majority of cats who were bred responsibly have good chances (over 70% or more) of living long lives with no discomfort from their ears or joints, especially if they receive joint supplements on a daily basis to aid their mobility, such as glucosamine and chondroitin. I believe these numbers could be improved significantly through better breeding practices. No one enforces any set of breeding standards at the moment, so it is up to YOU, the buyer, to choose an ethical breeder who knows what they’re doing. And I’m here to help you find the right person, by using The Checklist.

I would like to see studies done that concentrate on why some lines seem to stay healthy although all folded ear cats have the same mutation of the TRPV4 gene as identified by Barbara Gandolfi and her team. Read more This gene is responsible for both the osteochondrodysplasia causing their folded ears, as well as the condition referred to as OCD on this website, which is similar to painful arthritis in their bones and joints (especially affecting the tail, back, legs and paws).

In the article they write:

Interestingly, the age at onset of clinical signs, as well as severity and the progression of the secondary new bone formation is highly variable among affected heterozygous cats. Whether genetic or environmental factors are responsible for the observed phenotypic differences is yet to be determined.

– B. Gandolfi and colleagues: View Source

Learning more about the other factors involved might not only improve the health of future generations of Scottish Fold cats, but also advance human medicine as well. We also suffer from conditions with a hereditary component that progresses in individuals at different rates, such as osteoarthritis.

I will talk about the controversy surrounding the breed Scottish Fold and present arguments from both sides, as here in the article Should Scottish Folds be banned? Because, in the end, it’s up to you to know the facts and make up your own mind. I consider my role as that of an investigative journalist and will always try to indicate when I am presenting my own analysis or opinion, as an editorial on this subject which I care about greatly.

My motto is: Fiat sanus floof (let there by healthy floof) and I hope very much that you will adopt it, too.

Sincerely wishing you and your Foldie friends all of the best, 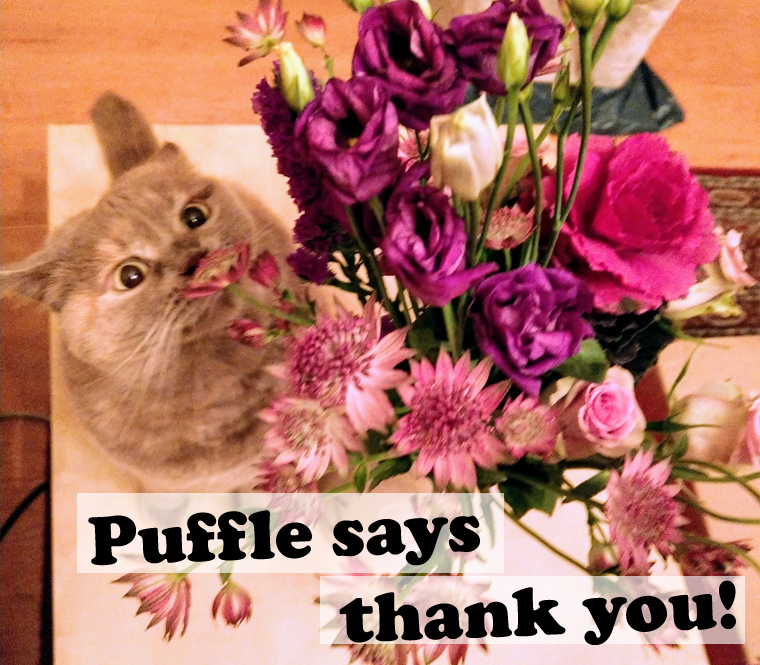 2 thoughts on “About Us”