About Tobi: Born on 1 December 2017, no pedigree papers, from a Backyard Breeder (BYB).

Mother: BSH, father: Fold. ALL (!) of the Fold kittens in his litter have issues.

Starting with the age of one, Tobi’s stiff, cramped way of walking became noticeable and that his back was bent.

At the age of one and a half, x-rays provided the diagnosis: OCD and hip dysplasia. He lies down a lot, lifts one of his front paws when sitting or standing (to rest them).

In addition, as with many pure bred cats: Tobi suffers from struvite stones and recurring bladder infections.

He has a strangely stiff gait and prefers lying down. He doesn’t climb anymore.

He’s moved into the old rabbit hutch in the garden. He has started observing instead of actively taking part.

Tobi at about a year old

He seems to feel better if he’s lying down. He only manages to jump up onto the sofa or a chair at the most.

He can’t manage anything higher than that (anymore).

His favorite spot is on the neighbor’s outdoor barbecue pit. He can only make it onto the lowest ledge (ca. 1 and a half feet from the ground).

We made this video because at first it was uncertain whether Tobi and our other cat Smilla (BSH) would get along. Her brother had died suddenly and she was very unhappy.

Though we knew he couldn’t replace her brother, we thought someone new at her might at least distract her. Tobi did this very well and after a time, they got to be buddies. 😉

In retrospect, you can see how quickly Tobi was able to move, how fast he ran and jumped without any problems. Today – one and half years later – …unthinkable!

Tobi’s story makes me sad: Not even two years old and he’s already lost the will to move around much – because moving hurts. 😿 Of course his owner does everything she can to give him as much quality of life possible so he isn’t made to suffer, but her little sweetie has become a source of worry for her. She would do things differently today and advises against buying a cat from a Backyard Breeder.

What can you to improve your chances of getting a healthy Scottish Fold kitten?

Always ask to view both of your Foldie’s parents – in advance via video chat before you commit to buying your kitten. Your kitten should live with its mother and siblings until adoption day – at the age of at least 12 weeks, better 14 or 16 weeks. Look for that one parent has straight ears and that none of the cats are kept in cages. 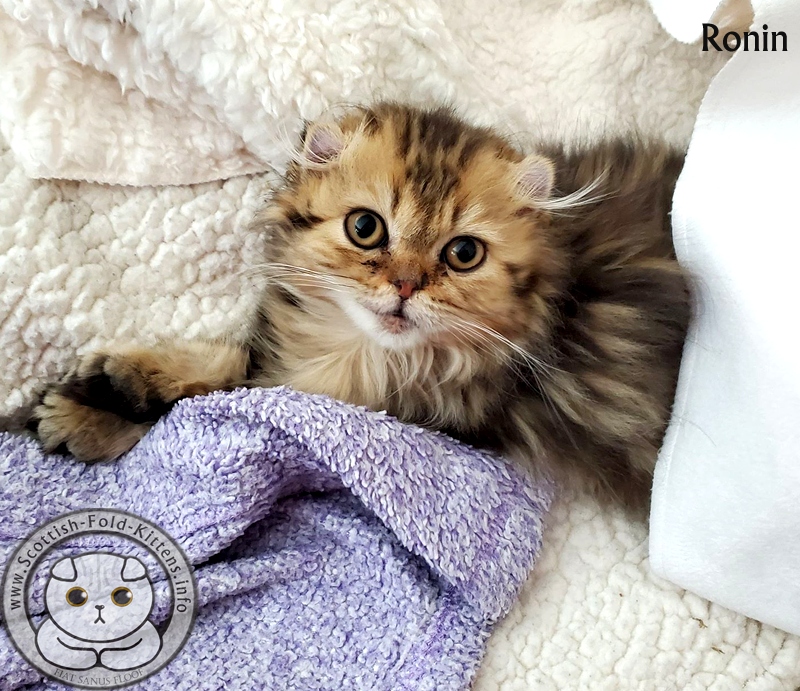