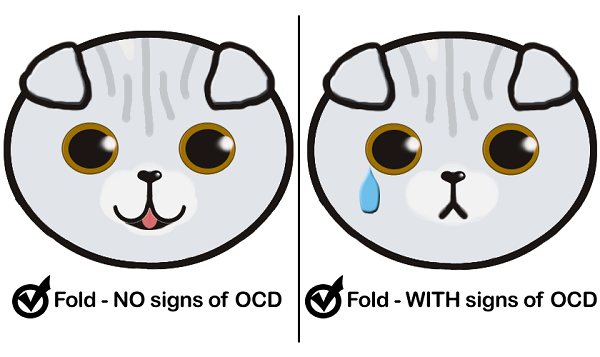 Find out how many Folds show signs of OCD and if it makes a difference if they come from an actual breeder or not. The results of a poll in 3 Facebook groups were surprising, even to me.

In November 2019, I conducted a Facebook poll in three different groups I’m a member of. I wanted to find out: How many Scotitsh Fold cats have OCD? Does it make a difference if they come from a real breeder?

About the Groups where I took the Poll

Group 3: BKH – BLH Britisch Kurzhaar und Britisch Langhaar Katzen – Bärchen: Another educational German Group for British Short Hair/Long Hair cats with ca. 5,900 members, but only a small fraction with Scottish Folds, so that I was only able to a get a few valid responses from this group. –> Only 4 valid responses for folded-ear cats could be gathered here.

The Questions I asked

I wanted to know about 2 things:

Here are the overall results:

Whereas I was expecting that maybe 1 in 100 folds with pedigree papers were showing signs of OCD, and maybe 1 in 10 without papers, the results of this very informal and unscientific poll were much, much higher. I was actually pretty shocked at how many people were reporting symptoms in the English-speaking group where I had the impression that all but a few cats were healthy since we normally just posted photos and didn’t talk about health issues very much.

Why the Results are probably too high

But these poll results should be taken with more than a grain of salt – more like an entire shaker full. Here are some of the reasons that the results would be higher than in reality:

Why the Poll Results still could be a good indicator

On the other hand, I only asked about OCD. Which, for me, was quite strange having to mark that I had 2 cats who didn’t show any signs even though one of my cats has hip dysplasia and a long list of joint issues, which she was also born with. But since hip dysplasia in Scottish Folds has not been linked to OCD at this time, it wasn’t fair to count her issues in the poll.

But there are other hereditary illnesses which are typical to the breed, e.g. PKD affecting the kidneys or HCM which is a serious heart condition, which I didn’t ask about. So a lot of owners who had even lost their folds to other genetically inherited conditions still had to select the answers that their cats weren’t showing signs of OCD. So, to a certain extent, the results may have evened out a bit if you were to think of them as the chances that your Fold may inherit some sort of health issue that will affect them for life.

And when you look at it that way, the numbers are really frightening: 4 in 10 cats without papers suffer from an incurable condition, which may cause them pain their whole lives, or even result in them being put down at an early age. And one in three cats with pedigree papers. These odds are worse than with Russian Roulette! ☹

A fair number of people think we should. And this is definitely the trend in Europe right now, where the breed has been banned in Austria and in the city of Brussels this year alone (2019) – and soon – ironically – in Scotland, too: the birthplace of the Scottish Fold. ☹ The biggest platform for free classified ads in Germany stopped allowing ads for Scottish Folds in April of 2019, on the grounds of cruelty to animals.

So it’s pretty clear that if we don’t want the whole breed to be banned, something has to be done.

I will present a number of perspectives and alternatives, as well as some personal recommendations, in the coming weeks and months here on this website, such as in the article Should Scottish Folds be banned?

What can I do?

If you are a fan of the breed and want to see improvements happen, there are a number of things you can do:

Please share a link to this website wherever you are active online, so that it will be ranked higher in search results, meaning that more people who are looking for Scottish Fold kittens will find it.

And join the discussion in the two related Facebook groups:

Because I’m convinced that together we can make a difference. 🎗 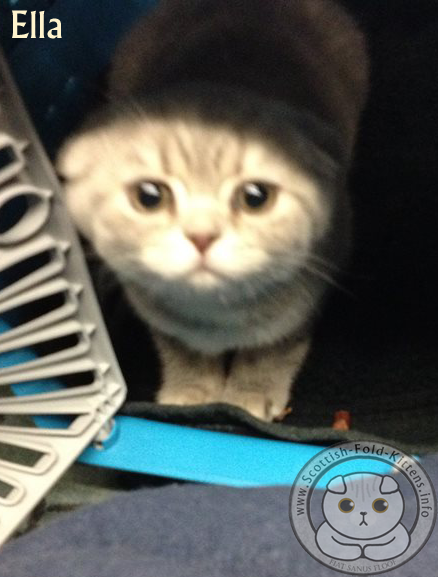 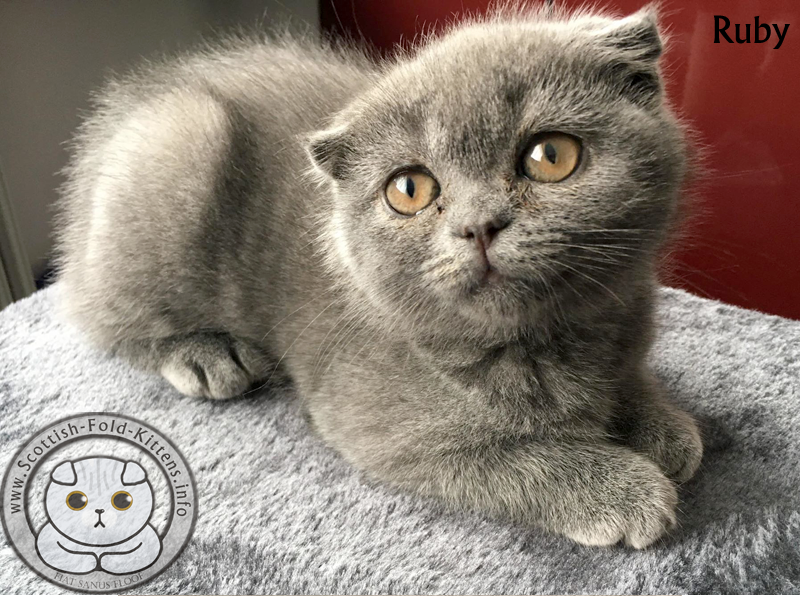