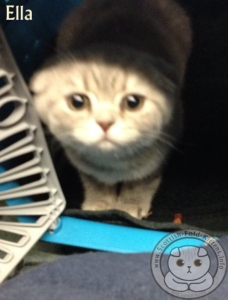 Here is an introduction to a sweet and furry little girl, Ella.

Ella was born on 1 December 2016. Her mother a British Short Hair, her father a Scottish Fold stud:

Neither of Ella’s parents had pedigree papers or were tested for any of the illnesses which are typical for the breed: HCM, PKD or in the case of Scottish Folds, OCD. I thought the only thing that was important was not to breed Fold with Fold.

Ella was 5 weeks old when she was advertised for the price of $500 on a free online classified ads website, which is very popular for finding pets here in Germany.

Ella has 4 brothers and sisters, some with folded ears, some with straight ears. Unfortunately, I can’t get in touch with any of the people who adopted Ella’s siblings since I don’t know who they are.

I wanted Ella to stay with her mother and siblings until 12 weeks of age – and this was agreed with the family selling her, but suddenly they said I had to pick her up at 11 weeks. When I reminded them that we had agreed she should stay with longer to get socialized, they said the other kittens from her litter were already gone and she had to go now, too. They didn’t give a reason.

This is typical of Backyard Breeders: They don’t like to keep the kittens until the recommended age of 12 – 16 weeks because by this time they are eating solid food and start costing them money. Even though studies show that kittens need more than just the first 8 weeks with their mothers even if they can be weaned then. These additional weeks are important for their socialization – they learn important lessons about how to behave. Kittens who are separated earlier often grow into cats who scratch and bite. Read more

After I brought Ella home, I saw on her vaccination documents that she needed her next shot only a couple of days later, and I thought, “So that’s why they were in such a hurry…”

Ella decided I would have to be a replacement for the kitten puddle she’d grown up with, so she slept across my neck the very first night after she arrived. She’s super affectionate, clingy even, and needs her cuddles several times a day. She also still “makes biscuits” at the age of 3, which is very kitten-like behavior. Though it’s very sweet, I often wonder if this is also a result of being separated from her mother too early.

For the first 6 months of her life, Ella was a typical hyperactive kitten with a huge appetite – for a while she was eating her own weight in canned cat food every 3 days.

At about the age of 6 months, she started to settle down. Maybe even too much…

Looking back at the photos from this time, she is lying down in almost every picture, even while playing. I tried to tell myself this was normal behavior. Cats like to sleep a lot, don’t they? She was still eating like the Hungry Caterpillar since she was still growing.

But then at almost exactly a year old, she stopped eating so much and even started losing weight. I got concerned and took her to the vet. Apparently, this wasn’t normal and my vet suggested x-raying her to look for a tumor.

The x-rays didn’t find a tumor, but her hips were completely out of their sockets, her hip dysplasia was so pronounced. The hip sockets were so flat that it was obviously something she was born with. I contacted the family who bred her to let them know and suggest they get her mother checked, as well. They said they couldn’t x-ray her at that time – because she was pregnant again, from the same breeding for the third time.

I started giving Ella glucosamine and took her to a series of specialists, starting with an orthopedic surgeon. He said nothing could be done and I just shouldn’t think about it. That one day she wouldn’t be able to walk and then he’d operate, saw off the tops of her hip bones. He also noticed that the other joints in her legs weren’t OK either: luxating patellas, meaning her kneecaps don’t stay where they should either and thus don’t protect the sensitive knee joints as intended.

I looked into an alternative procedure, gold bead therapy, a permanent form of acupuncture. They quoted me ca. $1,100 for the gold bead implants, but when she was under anaesthesia, they said it would be twice as much since her hip dysplasia was so severe. There was nothing I could do – I agreed to pay it. Ella was only one and a half and I had already spent nearly $3,000 at various vets and she was never going to be a cat who would walk, jump or play normally. We have also tried pain medication (Meloxicam), Low-Level Laser Therapy, physio-therapy exercises, but haven’t had any noticeable improvement. I currently massage her back and hips daily, her back for pain relief and her hips to increase blood flow in the hope that she will be able to walk for many years to come.

It makes me sad for her. She is the sweetest, most loving creature on earth and deserves better. Though I absolutely adore her and would not trade her for the world, she should not have to go through this. And it’s all because the people who produced her did not know what they were doing. They weren’t bad people, they were quite nice, just like you or me. But that’s the problem: None of us know enough about breeding to make sure that we only bring healthy animals into the world, who are not made to suffer. Especially with such a difficult breed as Scottish Folds: You need specialized knowledge, dedication and can’t cut corners on testing.

I realize that pedigreed Scottish Folds cost a lot of money. But I can tell you, non-pedigree Folds cost even more. I would like to think that Ella is an exception, but I am a member of several Facebook groups here in Germany, where most of us have our Folds from Backyard Breeders, and about half of them suffer from chronic, incurable conditions. Please take a look at the Poll Results and see for yourself.

We don’t know what the future will bring. I am hopeful that the daily glucosamine and chondroitin supplements, exercises and massage are enough to keep her able to walk. Her front paws turn outwards, like a ballerina’s. We will take the surgery route if we have to. Because anything is better than the alternative, which would be putting her down. She is a very special little girl and I hope to have her with me for a long time. 💜 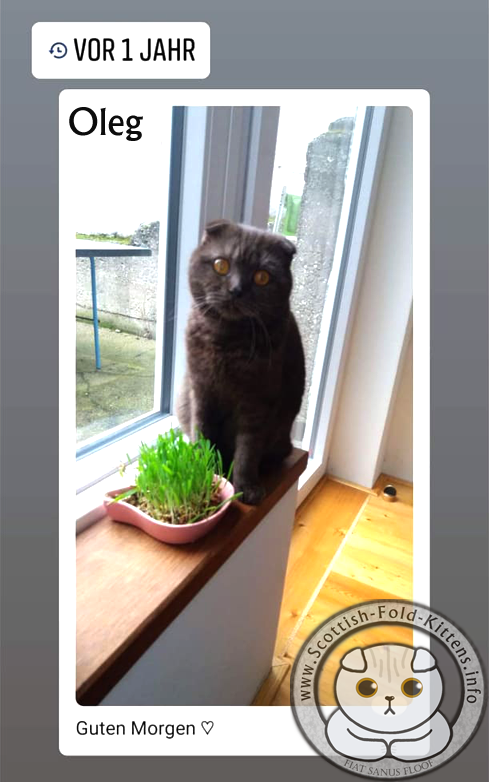 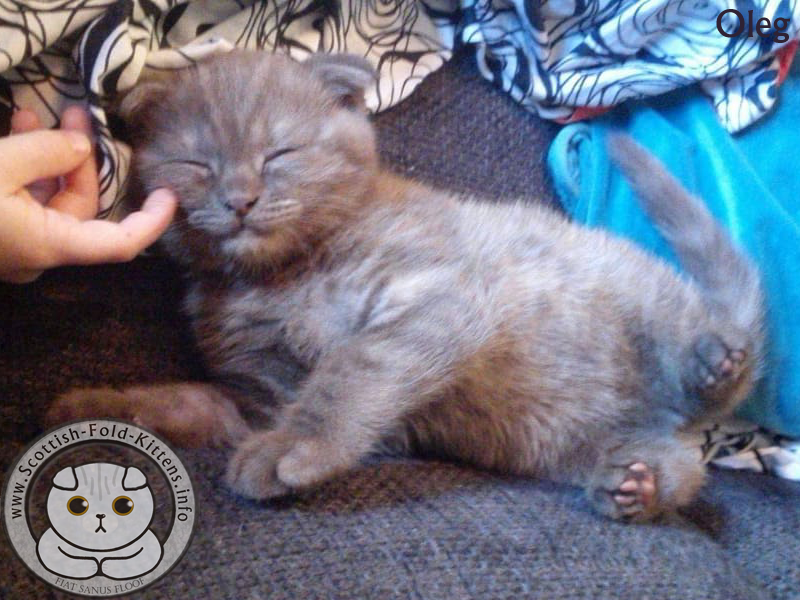 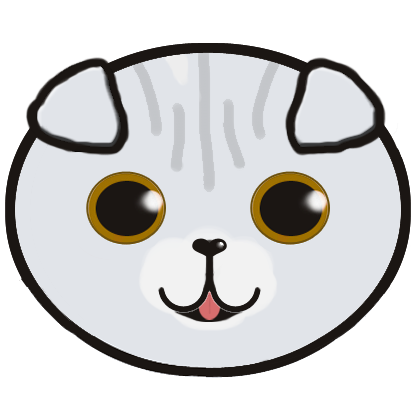